As Parkinson’s becomes more prevalent in Canada, there’s a pressing need for awareness and research

To mark Parkinson’s Awareness Month, Parkinson Canada is unleashing a powerful and moving campaign designed to drive awareness and funding for research into the neurological disorder that affects a disproportionate Canadians. 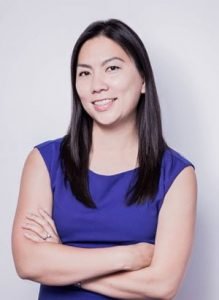 “Parkinson’s disease is on the rise globally with Canada experiencing among the highest rates of prevalence with approximately 100,000 individuals diagnosed with Parkinson’s,” says Dr. Karen Lee, Parkinson Canada president and CEO. “Researchers have been calling Parkinson’s a “pandemic” due to its growing prevalence around the world, with the impact of COVID-19 only accelerating this health issue.”

The month of April is dedicated to bringing awareness to the disease and here are five things you might not know:

It often takes years of navigating the healthcare system to receive a Parkinson’s diagnoses, which means that educating healthcare providers and patients about signs, symptoms and treatment is crucial.

Parkinson Canada’s newest campaign, No Matter What, “inspires hope and resilience for Canadians living with Parkinson’s and their families, further communicating the commitment to overcome obstacles and support those living with the disease, while working together on the path to a cure.”

The organization is also a founding partner of the Canadian Open Parkinson Network (C-OPN), an exciting initiative that gives researchers across the country a platform to make new connections and share findings leading to innovative advancements for Parkinson’s disease.